Workshop member Jim Martin spoke at the funeral for Oliver Clubine on the weekend. For those who were unable to attend, here's what Jim told a capacity crowd about our friend Oliver... 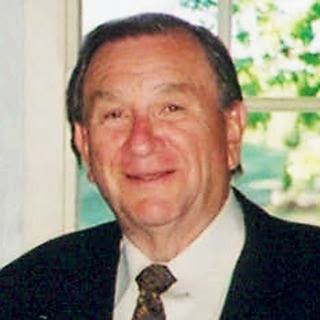 "When Sandra asked me to say a few words about Oliver I jumped at the chance, but not without trepidation. To eulogize a friend… well, that’s rather like qualifying for a car race. You get only once chance to nail it.

"Nevertheless, I’m honoured to honour my good friend of 30 years, but please bear with me if a few words become several.

"I’d like to start by offering my condolences to Sandra, David, Laura, Connor, Abby, Betty and Bill and to the rest of Oliver’s family and to his many friends. Family and friends are life’s one true currency. Oliver died a wealthy man.

"My happiest drives in southern Ontario have been the ones from my house to Pleasant Ridge Road, where in Oliver’s company I would drink in the dual elixir of trains and cars. That’s the funny thing. A lot of model railroaders like me are also car guys.

"When I first met Oliver 30 years ago at a model railroad-related social function, my first question was, “Are you the guy who races vintage cars?” It turned out I’d been watching him for years. More about the cars and trains later.

"First let’s go back to April 1937 here in Brantford and the birth of Oliver Bryan Clubine, the youngest son to proud parents Henry and Myrtle. Oliver also had an older brother Donald and a sister June, both of whom have also sadly passed on.

"Oliver attended Cainsville Public School - and later, Brantford Collegiate Institute. The Clubine name was already well known in the community. Oliver’s father had a family lumber business called Henry M. Clubine and Sons. That’s where Oliver went to work after graduating and also presumably when Henry added the letter “S” to his sign. Working in the family firm gave Oliver a head for business and a preference for self-employment.

"In 1962 Oliver made the best decision of his life. He married a young woman by the name of Sandra Telfer in Paris. A candle light Christmas service. She has been with him through the good and bad ever since. I never quite know what women see in our foibles but they enrich our lives and Sandra certainly enriched his. After the wedding they moved into a newly built home on Pleasant Ridge Road. It has remained their address for 51 years.

"In 1965 Oliver started to chart his own path in the business world, purchasing a beekeeping supply business from the family. He constructed a building in a new industrial subdivision in north Brantford and manufactured everything a commercial or hobby beekeeper would need… beeswax products, all wooden equipment and the many other addition items required to keep the bees and their keepers happy. At its peak the company had 13 employees and was the second largest company of its kind in Canada, shipping products from coast to coast. Each April and May he would import live bees from Alabama.

"David was born in August 1973 and very early on started receiving his homegrown business education, working beside Sandra and Oliver in their bee supply company.

"In 1976 Oliver got another bee in his bonnet, sold the business to retire and enjoy his hobbies, auto racing and model railroading. Well, we all know how that turned out! Some retirement!

"In 1977 he bought a small carburettor rebuilding business from Poughkeesie, NY, built a small garage beside the house and enjoyed, or expected to, a bit of country living. He called it Britain West Automotive Specialties. This grew to building race engines and rental of race cars and race car preparation.

"When David joined the business in 1994, the entire family worked tirelessly to build what is now known as Britain West Motorsport. Oliver was also a charter member of VARAC, the Vintage Automobile Racing Association of Canada and a past president of the Grand Valley Car Club. He was also the founder and president of the Mono Posto Register… that’s a fancy European word for single seater…. or Mondo Pasta as I used to call it when I was teasing Oliver about his physique.

"Oliver was head over heels about his racing, except for that one time in Trois Rivieres when he was heels over head. A racer never wants to look up at a hay bale, or down at the sky.

"That’s the car part. Now the trains. Sandra wanted me to tell you what model railroading meant to Oliver.

"Those of you unfamiliar with the hobby might ask what a guy like Oliver, immersed in the exciting life of automobile racing, would find in the arcane task of using miniature tools on miniature lumber, building miniature copies of real trains? Ask other racers…his son David, or Chris Creighton or Sam Posey who even wrote a book about it. Or anyone else whose dual interests include alloy wheels and flanged wheels.

"An escape perhaps? That’s what hobbies are about. A chance to concentrate so fully on something that it wipes your mind clear of the competitive pressures of life, health problems, the day’s disappointments and any number of other afflictions.

"But why model railroading? For many of us it’s a deeply rooted, visceral thing. We look at railroad tracks vanishing into the horizon, the way a poet might regard a tree, or an artist a sunset.

"For the hobby’s neophytes model railroading is just fine as a craft activity, but for the truly accomplished, it becomes an art form - and Oliver was an artist.

"Model railroading is a complex and richly layered hobby. Practised at its highest level it’s a 3D post card of times past… our own personal time machine. Its pursuit can teach a curious mind a huge set of skills - from the basic carpentry and wiring, to model building, airbrush painting, landscape painting, sculpting, computer skills, historical research, drafting, machining, photography, advanced electronics, writing, public speaking, teaching and mentoring, lighting, set dressing, and some others I’ve probably forgotten. The great thing though is you don’t have to learn all those skills… just the ones you want. That’s what makes it so richly personal and rewarding.

"Away from the technicalities of the race shop, Oliver found his pleasure in old school craftsmanship. With little more than an X-acto knife, sandpaper and glue, came award winning models that won him international recognition.

"But here too he couldn’t resist the business side. As a manufacturer Oliver produced craftsman kits under the Ridgehill Scale Models name. First came his quality line of wooden structure kits, followed by his exquisite models of Canadian style boxcars and cabooses, rendered in cast resin and photo etched metal. These are now prized and sought-after items.

"Oliver also owned and operated an exclusively S scale hobby shop out of his home. The uninitiated among you don’t have to know about all the different sizes of model trains… only that S scale is what we call a minority scale: Very few people do it. Because of that, it fosters strong friendships among its adherents. Oliver’s shop was good news for regional hobbyists… a chance to socialize as well as to see the goods close up.

"Twenty years ago Oliver was a founding member of the S Scale Workshop, a group of friends who remain together and who have built a widely exhibited, award winning portable model railroad. He most recently joined us at a local show in Copetown two months ago. It was like old times watching him become reinvigorated as he mingled and chatted among his friends. He even found the energy to join us for supper that evening… a special memory that will remain with us.

"Other memories? Perhaps not so special. Without getting into the “hows and the whys” there was an occurrence some years ago in which a beautifully crafted brass replica of a farm windmill found its way from the top of Oliver’s layout to the bottom of my left shoe… where it was flattened. Oliver was quite gracious at the time but took delight in never letting me forget. That monkey is now off my back, but unfortunately David also was a witness and will no doubt continue the family tradition of busting my hump.

"Oliver packed a lot into his life, his work, and his hobbies. He loved his family… he loved the family time spent in the Muskokas… with Sandra he raised a fine and talented son David who, like his dad, excels behind the wheel of a race car and in the art of model railroading. He has grandchildren Connor an Abby who he doted upon. Connor is showing the same interests and Abby the same tolerance.

"Oliver was a great ambassador for the hobby of model railroading and a dear friend. I’m happy that his mind remained fully engaged in his hobby, even during the days he tired so easily.

"Oliver was a gentleman who would never have insisted that you follow his path… only that you also do something meaningful to leave behind. He will be mightily missed, but the evidence of his talent and creativity remains with us - and that brings us comfort.

(Sad news for the Workshop today, with the passing of one of its founding members, Oliver Clubine. Fellow Workshop member Jim Martin broke the news to us...) 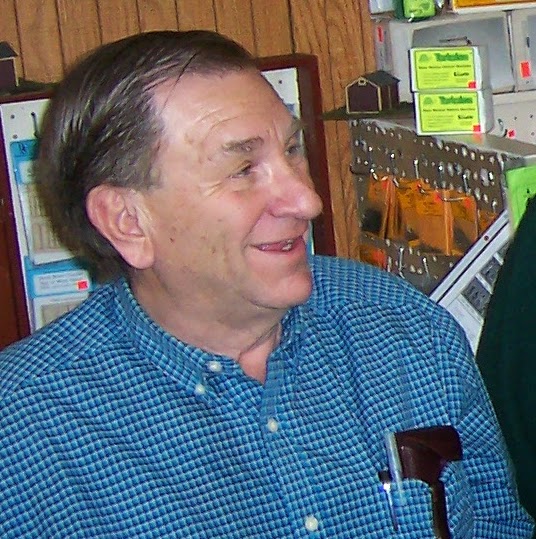 It is with heavy hearts that we in the S Scale Workshop, along with the rest of the S scale community, mourn the passing of group member Oliver Clubine. Oliver had just turned 77 this past Easter Sunday.

Oliver had been battling a degenerative heart condition for many years. For the past three weeks he had been in the Brantford, Ontario hospital. He died at 6:00 this morning.

Oliver was a founding member of the S Scale Workshop, and the man behind Ridgehill Hobbies and Ridgehill Scale models.

Aside from his family, his other passion was motor racing. He built Britain West Motorsport into a highly successful  operation catering to open wheel race cars, particularly Formula Ford.

Oliver leaves behind his wife Sandra, his son David (who is also a successful racer and a skilled model railway enthusiast), David’s wife Laura, and their two children Conner and Abby.

A more complete tribute to Oliver will follow in the days ahead. We are missing him already. Our heartfelt  condolences go out to the Clubine family on this sad day.