As with many other modelers I was introduced to model trains with a Christmas train set, this was a Lionel steam set. The first layout was for this Lionel set, built into a ping pong table in the family rec room. The table top lifted off in two sections exposing the layout.


After coming home to Grafton, Ontario from university I lived in three different homes prior to the current one and built an HO layout at each location. 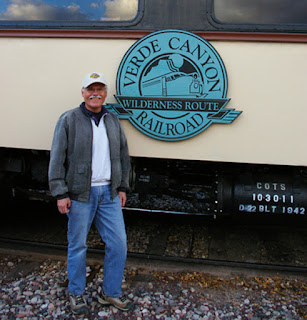 When our two children went away to university we were subject to empty nest syndrome and we decided to downsize, to build a new home, and I took this opportunity to look into changing scales. At a train show in Toronto I met the S Scale Workshop and their display. Oliver Clubine took the time to give me a very good introduction to S scale and I was sold.

With the completion of our new home I started to build an S scale layout that to date is about 80% complete. The layout is based on a fictional railroad that runs from the harbor at Grafton (which did exist at one time) through the countryside of Northumberland Hills over the Trent River at Hastings and then to mines in Marmora. I model the transition era from steam to diesel.

The Workshop invited me to get involved with the building of modules to complement the existing ones of the other members thus my Burnt River modules were created.

I have enjoyed the association with the S Scale Workshop members and the opportunity to display at numerous venues both here in Canada and in the USA.