I was going through my computer the other day and found a bunch of photos from S Scale Workshop events at the 2009 Toronto Christmas Train Show and 2010 Copetown Show. Here they are. Click on each for a larger view. 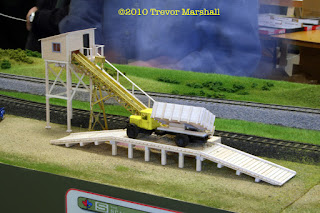 The General Store and a logging truck accident on Pete Moffett's module: 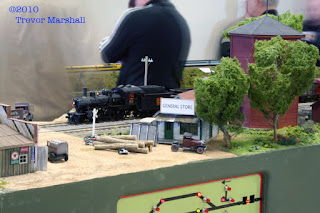 A short freight extra - with a mogul and three hopper cars in beet service - passes the water tank on Pete Moffett's module: 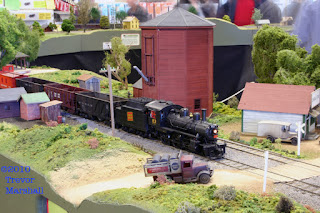 This street on Jim Martin's Culverhouse Cannery module is a great spot for train-watching today: 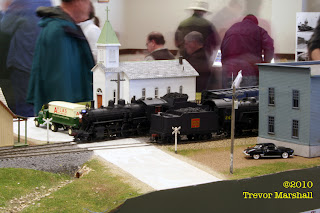 The Culverhouse Cannery is an important customer on Jim Martin's module: 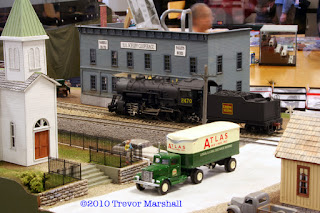 A short freight drifts through the S curve on the module once owned by Chris Abbott, now in David Clubine's possession. Every S scale module should have an S curve, right? 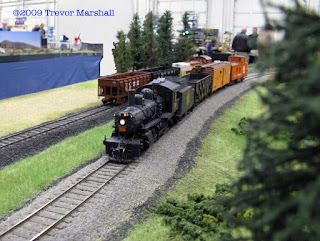