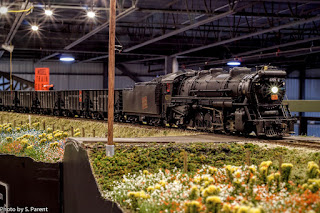 Several members of the S Scale Workshop headed to Saint-Constant, Quebec over the weekend to take part in A Great Passion For Model Trains - an annual train show held in the main building at Exporail: Canada's Railway Museum.

On deck with modules were Andy Malette, Trevor Marshall and Simon Parent. They were joined by Workshop members Fredrick Adlhoch and Brian Nicholson.

This is our second appearance at Exporail and - as was the case last year - the Workshop was very well received. As with last year, we were set up on the mezzanine overlooking an exhibit of (mostly) Canadian locomotives, rolling stock, interurban equipment and other artifacts.

We set up in a loop-to-loop configuration that allowed us to run fairly long trains - including a few trains double-headed by CNR T-3-a 2-10-2s.

(Click on any image to view a larger version) 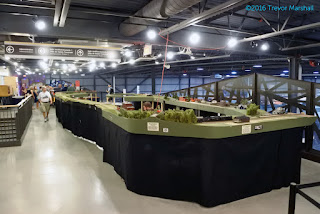 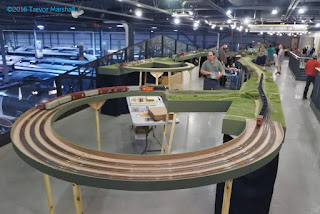 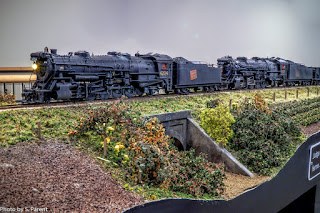 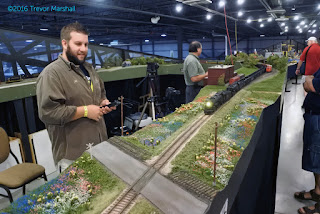 Internal combustion engines were also well represented, adding some colour to the consists. 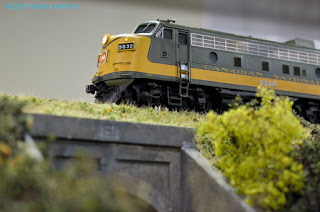 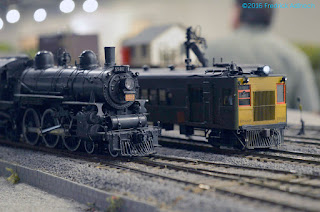 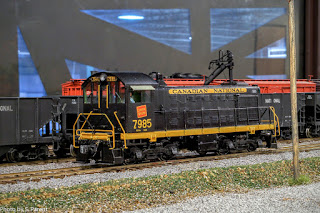 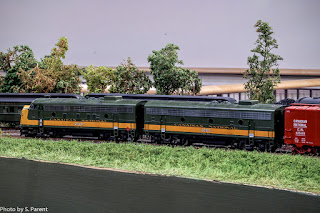 But as is often the case, steam rules the rails on the Workshop layout. It's great fun to run well-detailed models of Canadian steam, then look over the railing of the mezzanine and see the real thing right below you... 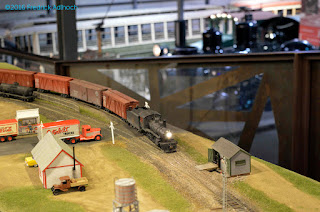 After set-up and tweaking of the connections between modules, the layout ran well for the entire weekend and Exporail is a very pleasant venue in which to exhibit. A good time was had by all. 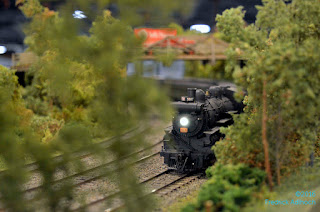 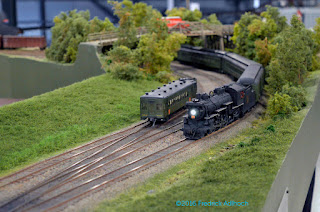 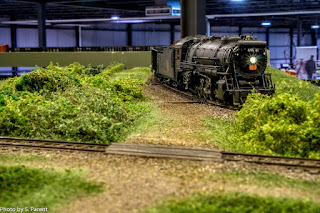 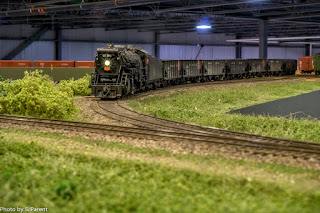 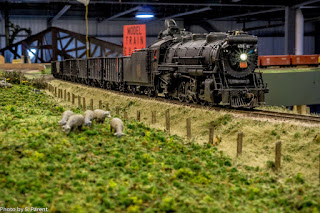 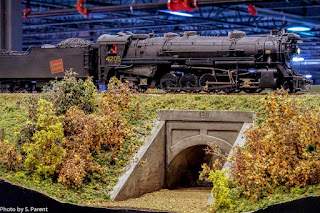 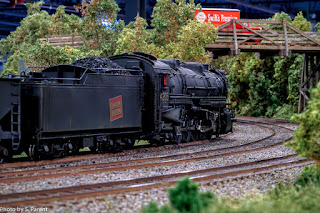 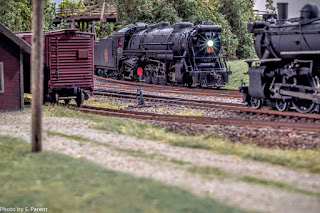 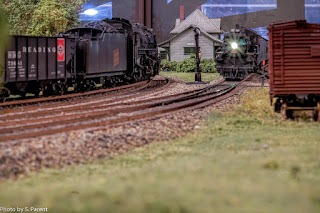 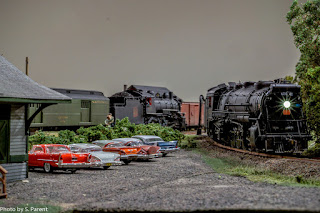 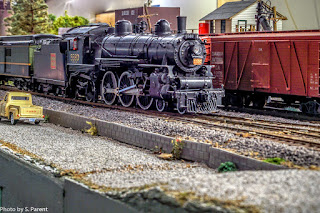 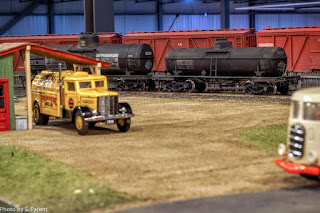 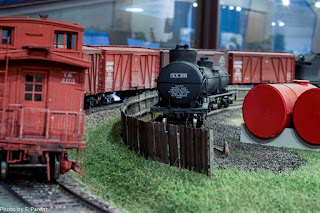 (Thanks to Simon and Fredrick for providing photos for this post.) 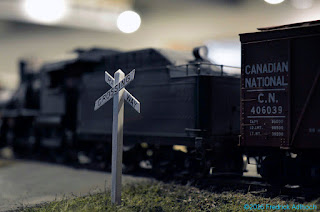 The 2016 National Association of S Gaugers convention in Novi, Michigan is in the books, with several members of the S Scale Workshop taking part in the fun.

Attendees with modules included Andy Malette, Jim Martin and Simon Parent. They were joined by Jamie Bothwell and Claude Demers. A good time was had by all and the Workshop's free-mo style exhibition layout was well received.

With gatherings dating back several decades, the NASG annual convention is the place to be for S scale enthusiasts. Watch the NASG's convention website for information on the next convention - and maybe we'll see you there!
Posted by Trevor at 12:06 PM 1 comment:

The meadows at Division Street

With the Workshop's appearance at Exporail less than two weeks away, I decided to haul out my modules to dust them and give them a pre-exhibition check.

Everything looks in order, and while I had them laid out on the work table I decided to punch up their appearance a bit with a bit of scenery work. I added meadow flowers to the Division Street module set:

The flowers are the summer flower assortment from Scenic Express. One package nicely covered the entire, four-section module.

Scenic Express describes the colours as "white mums, pink peonies, bluebells, and red roses". But I prefer to think of them as "white dandelions, pink clover, blue cornflowers, and red poppies"...
Posted by Trevor at 8:49 AM No comments:

Just a reminder that the S Scale Workshop will be making two appearances this month...

First, members of the Workshop will exhibit August 10-14 at the 2016 NASG National Convention in Novi, Michigan.

Later in the month, members of the Workshop will exhibit as part of a train show August 20-21 at Exporail: the Canadian Railway Museum in Saint-Constant, Québec. Some of us exhibited last year and really enjoyed the experience.

We hope to see you in August!
Posted by Trevor at 7:19 PM No comments: