(John and David peer over the backdrop as the Christmas train rolls by...)

This Christmas season the Workshop was again invited to participate at the annual model train show at the Royal Botanical Gardens in Hamilton, Ontario.

Andy Malette and John Johnston were back this year, joined by David and Oliver Clubine, along with yours truly.

Even without the wide variety of invited layouts, it’s worth dropping by to see the RBG’s own setup of garden scale trains running through landscapes made entirely of botanical materials…scenery bridges, and structures are all living plants or constructs of bark, bamboo, twigs, seeds, nuts…you name it: 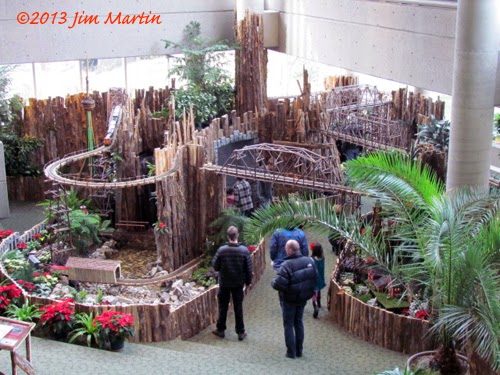 Speaking of nuts, this is a show where we permit ourselves to go a bit nuts with fanciful trains we would not run any other time of the year. Model train shows are a form of show business and if groups understand that, they will tailor their “acts” for the audience - in this case, kids of all ages.


Andy is the big instigator here with his Christmas train: 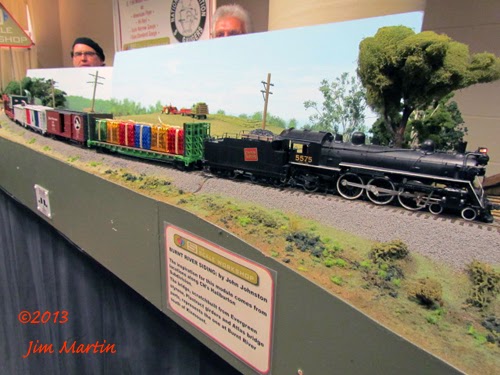 (Andy and John watch the Christmas train from behind the backdrop)

Among Andy's special rolling stock, Rudolf plays his own reindeer game riding around in a covered hopper... 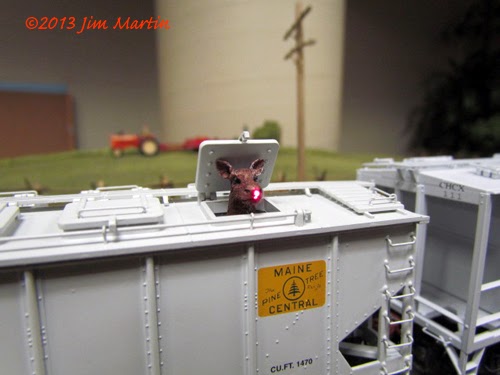 ... there is a flatcar load of brightly wrapped gifts... 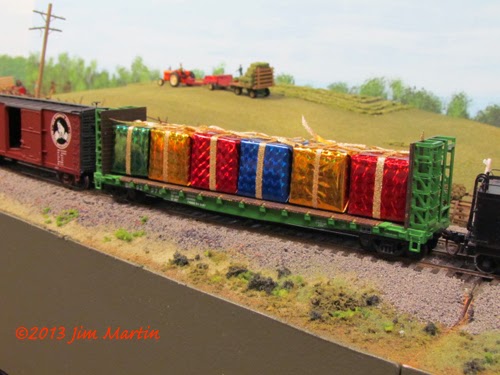 ... and even the caboose is festooned with holiday stickers: 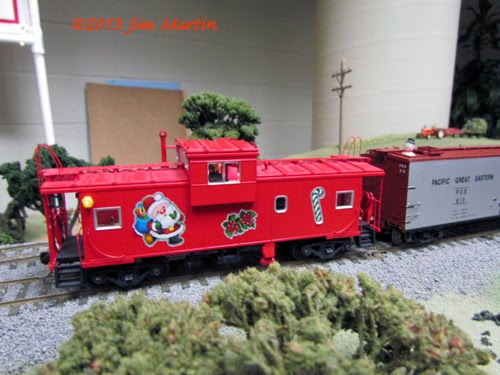 For my part I loaded up some cars with candy canes and had Skippy the Stegosaurus peeking out a box car door: 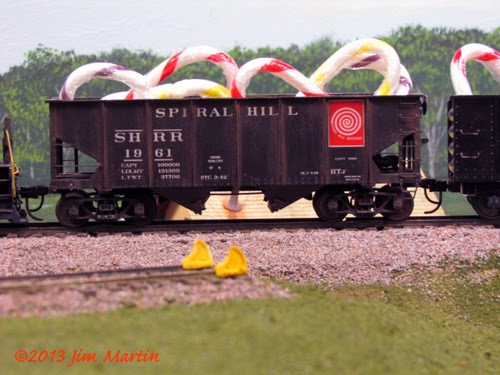 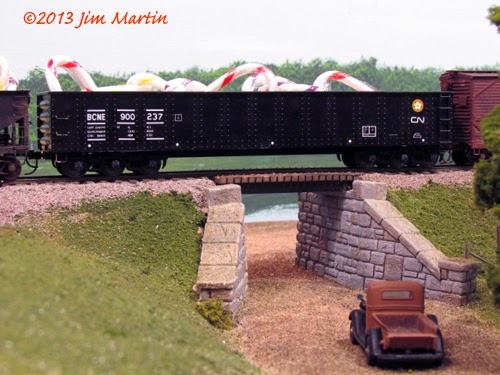 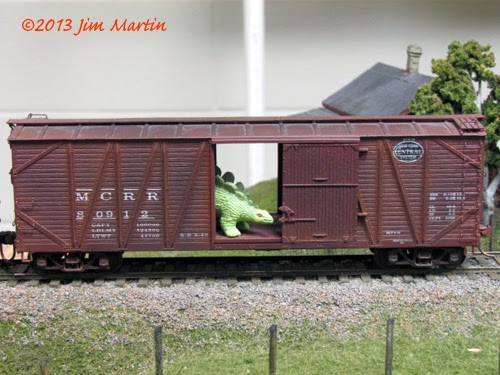 What looks like a real big model train riding on a flatcar is actually an N scale CNR E-10 Mogul crafted by a young modeller at the adjoining N-trak layout: 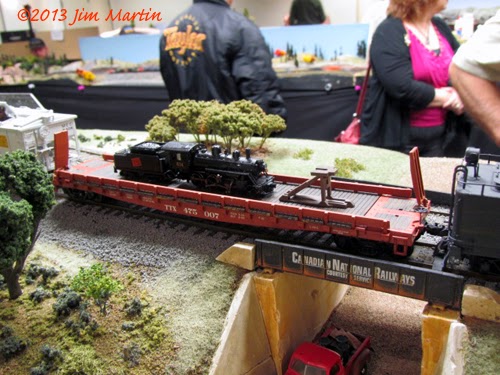 We both thought it would be fun to load it on an S scale flat car.  I think we’ll be seeing more of Frederick at future shows as he spent more time at our layout than his.

Finally, here's one of our periscopes in action: 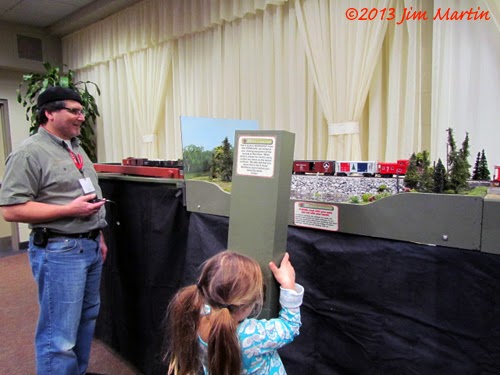 We have three of these that we take to shows - primarily for wheelchair visitors, but in their absence we loan them to the kids. It’s fun watching the light go on as they figure out how to use them. For visual continuity, these periscopes are painted in the layout fascia colours and have the group logo for a little additional promotion and good will.

Till next time, cheers - and happy holidays!