Letting our hair down in Belleville

The Quinte Model Railroad Show is becoming something of an annual tradition for our group: The show is a favourable location for our eastern Ontario members - and it's not too distant for those members in Toronto and the Niagara Region. This year, the Workshop crew on site included myself, Paul Raham, John Johnston, and Darby Marriott. 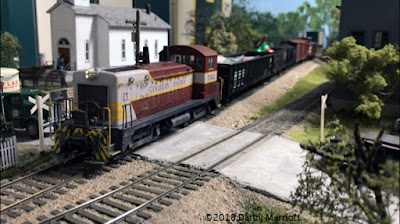 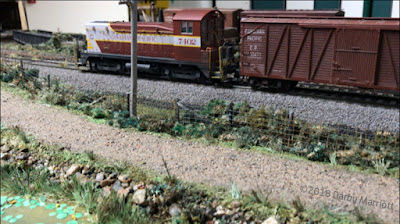 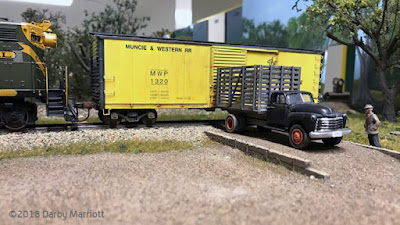 Being Christmastime, this is a show where we let our hair down a little. An elephant grazes in Paul’s pasture, my Stegosaurus and Bovasaurus Rex roam the layout, there are candy cargos in the hopper cars, and John ran a pirate train for his grandson Decker.

Paul, John, Darby and I enjoyed hanging out with each other and roaming the exhibition halls for bargains and inspiration. Thanks also to Workshop friend Daniel McConnachie for helping out Saturday, and to honorary S-scaler Dennis Rowe for his ongoing encouragement.

Incidentally, this was Darby’s first chance to participate with a module.

My Culverhouse module now belongs to Darby and I can’t wait to see how he makes it his own. That process has already started in how he packages it for travel. He has imagineered a clever little arched toboggan under one end of the module which makes sliding it into his car a breeze: So simple and effective. 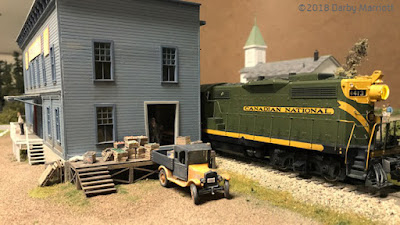 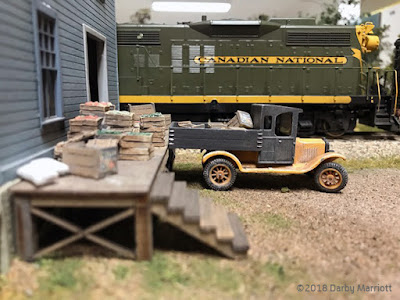 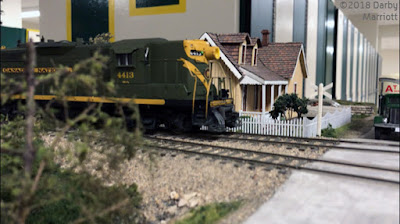 Currently we are not sure if we have nailed down our appearance at the next Copetown Train Show (February 24, 2019: 10am-3pm) but we’ll keep you posted. In the meantime we hope you enjoy Darby’s photos from the weekend.