The Exporail venue is always a favourite for the Workshop and this year’s show was no exception. We were located this year on the second floor adjacent to the mezzanine - which provided a larger space and better lighting than last year.

Members Simon Parent, Andy Malette, John Johnston and myself set up the layout on Friday afternoon. Our American members Jamie Bothswell and Jeff English arrived on Sunday and helped to break down the layout that evening. Their participation was much appreciated and they enjoyed their first visit to the museum. I’m sure they’ll be back! 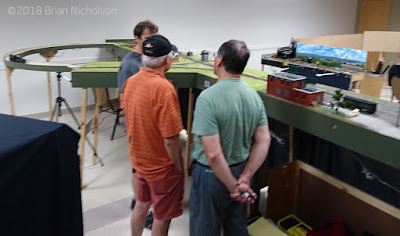 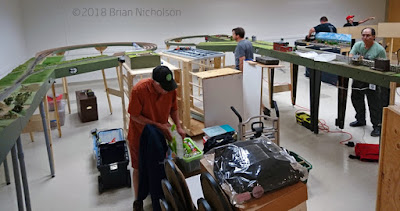 What better environment for a show than at one of the best railroad museums in the country! With a variety of steam and diesel locomotives on display - as well as many freight cars both indoors and out on the grounds - there is plenty of inspiration for all modellers. Andy was out measuring a CPR MLW RS-18, I checked out details on a CNR wood caboose and flat roof boxcar, and Jamie took in the passenger car inventory. 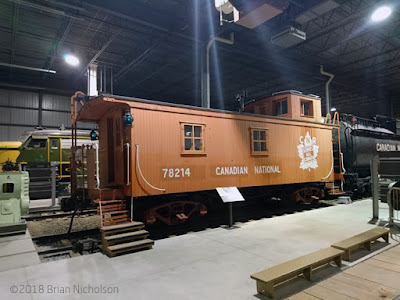 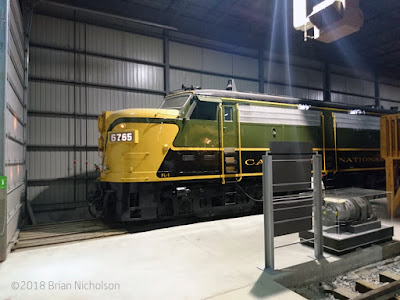 As usual, a large portion of the Workshop display was Simon’s home layout. He also provided the end loops and power supply. Both Andy and John contributed modules. John’s well executed farm scene and Andy’s switching modules added greatly to the layout. (Andy always enjoys switching the industries on his modules and he has mastered the Sergent coupler!)

Andy also debuted his recently completed CNR 2-6-0, a fine looking locomotive. It ran very well. Simon had his 2-10-2’s running as well. There was an amazing roster of S scale CNR steam on display. 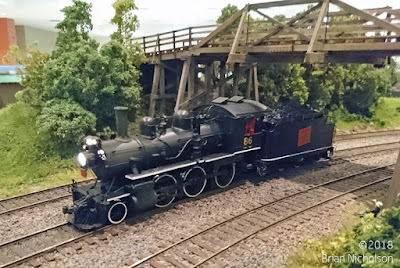 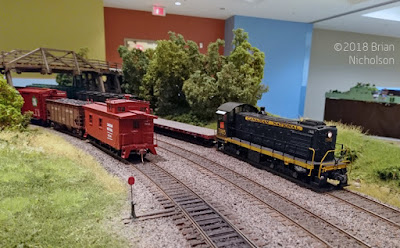 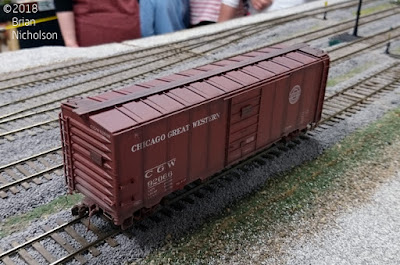 There were some other fine layouts on display in the same room, including two British 4mm layouts and a fine On2 layout. 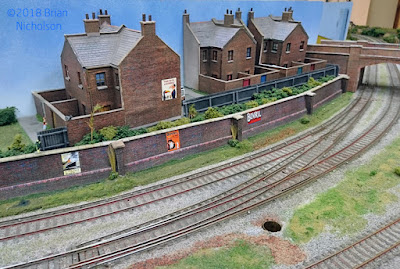 And of course we all enjoyed socializing at a local restaurant after the long days of operating the layout. All in all, a great weekend - and we all look forward to the same event next year!