The S Scale Workshop at the 2013 NASG Convention

For S-scalers who are non-members (and modellers in other scales who have never heard of it), NASG stands for National Association of S Gaugers. It’s really an organization worth belonging to, particularly for the networking and socializing. Minority scales like ours are special because adherents tend to forge close friendships.

Five members or our group - Andy, Simon, John, Pete and yours truly - took our modules to Scranton, Pennsylvania in early August for this year's four-day convention. We travelled down on Wednesday and unloaded ahead of the evening ice-breaker. Thursday was a relaxed set up day in the dealer/exhibitor room. All day Friday and Saturday morning we ran the layout for an appreciative audience. 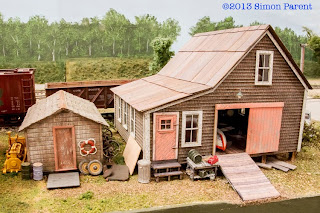 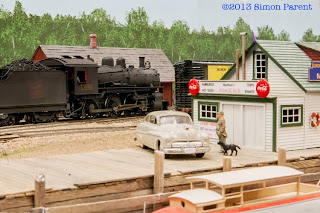 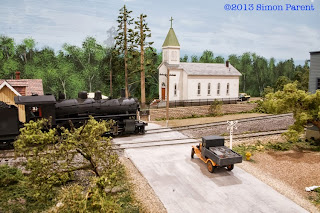 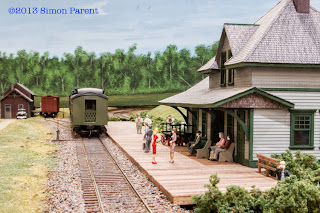 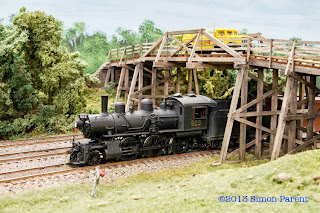 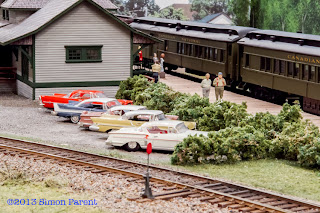 For one thing a summer show subjects our modules to much kinder temperatures. Travelling temperatures to Springfield in January were brutal.

We also upgraded our power delivery system after Springfield. Simon brought along a fully de-bugged Digitrax system, and all the modules were fitted with circuit breakers to electrically isolate any shorts that might pop up.

While the largely American crowd no doubt appreciated seeing our little Canadian steamers chuffing around the pike, their excitement really built late Friday when we popped a Lionel 2-8-8-2 articulated on the layout and ran it back and forth. This is an amazing loco that sadly, Lionel does not offer with scale wheels. Fred Rouse of S Scale Locoand Supply offers a scale conversion for this engine. He was really happy to see it run. We hope our “test drive’ sold a few for him. 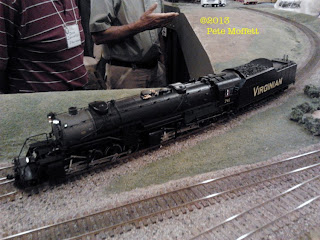 Another treat was nine-year-old “RJ” who was probably one of the youngest conventioneers. He ran our trains like a pro, even though he had to keep running a step stool along the layout in order to see what he was doing. He operated the trains for a couple of hours without incident. It’s good to see the youngsters enjoying the hobby. 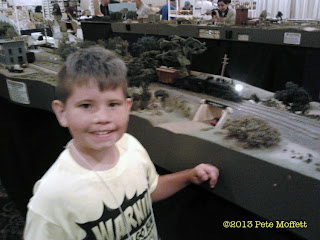 Andy did a soldering clinic. I did a clinic of painting a simple backdrop, and followed that up with a layout tour where I walked a group of people around our modular setup, explaining different scenery techniques and answering questions. This worked so well, it’s something we may carry forward to future shows.

Scranton was a great venue. The convention hotel was the magnificently restored Lackawanna Railroad Station, and the acclaimed Steamtown National Park was only three blocks away. Hats off to convention organizer Jamie Bothwell. Jamie has been following our activities for years, and just recently became our newest member!

The NASG has also published a convention report, featuring a complete wrap-up of activities (and more photos of our layout). Enjoy if you visit! 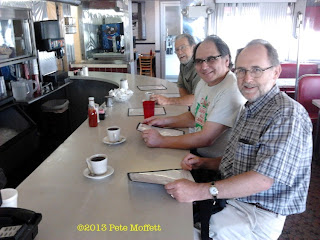